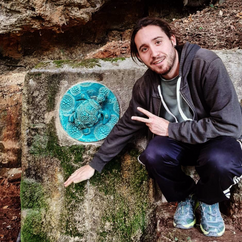 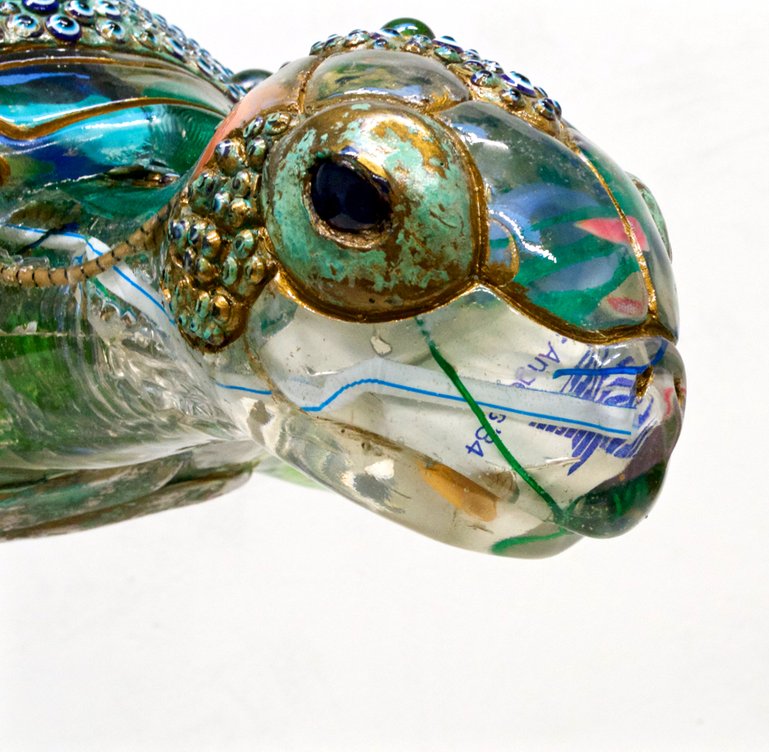 The sculpture depicts a sea turtle - an animal that has be- come to me a symbol of the suffering of marine animals. The surface of the sea turtle is covered with hundreds of ”Greek eyes” pearls, as a symbol of how the animal tries to protect itself from the evil eyes of human and from all the negative influences it encounters in its habitat. This is also an inter- pretation of Aboriginal art from Australia, of which I am very intrigued. The sea turtle is in a transparent material - and inside it are various materials which have been collected on the Italian beaches of northern Tuscany - such as plastic, glass, aluminum - these materials which eventually mean the end of the marine animal.